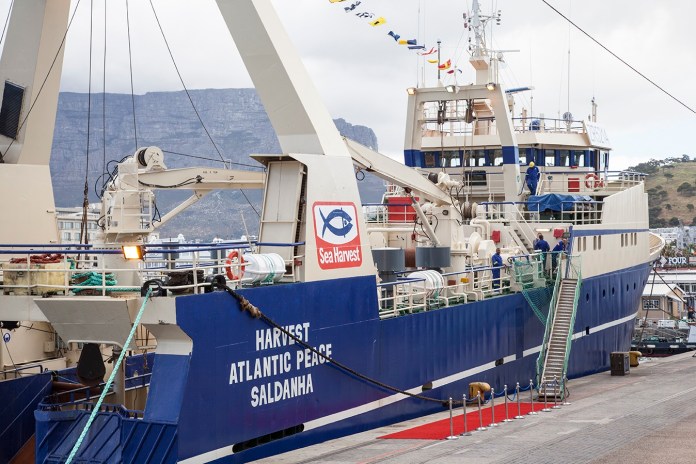 The acquisition of Viking Fishing and Viking Aquaculture, Ladismith Cheese and the buyout and delisting of Australian subsidiary Mareterram, have paid off for Sea Harvest.

This week the group announced it had delivered a strong set of unaudited interim results for the period end 30 June 2019. Headline earnings increased 52% to R169 million and headline earnings per share increased by 32% to 61.1 cents compared to the same period last year.

Reporting on its activities to date, Sea Harvest says good progress has been made with addressing some of the teething issues related to the newly equipped fresh fish processing plant in Saldanha Bay.

Work has also commenced on the expansion of the Diamond Coast aquaculture abalone farm in the northern Cape while Buffeljags abalone farm has received the nod to complete its the wind turbines installation project.

Water usage leases for sea trout farming in Saldanha Bay have also been awarded, supporting growth of the operation to commercial scale.

Talking to Bruce Whitfield of Radio 702, Sea Harvest Group Chief Executive Officer, Felix Ratheb, confirmed that sales in South Africa had been under pressure for some time.

“Fortunately being a rand hedge and exporting more than 60% of volume we have been in a good space with the rand weaker,” he said adding that the developed markets Sea Harvest sells in to are strong, such as Portugal, Spain, Italy and Australia.

Commenting further he said from the supply side the resource was well managed in South Africa, with government following scientific recommendations. The resource was also abundant which reduces the cost of catching product.

“When supply and demand are in sync your margins look relatively good especially with the weaker rand. We have had a very good six months in the fishing business, he said.

In terms of transformation, the Group has continued to invest significant resources in skills development, employment equity, supplier and enterprise development initiatives, as well as projects focused on job creation, youth and rural development.

“We are a co-founding member of the South African Fisheries Development Fund, a joint initiative with Brimstone, which is focused on empowering businesses in the small-scale fishing and allied sectors,” said Ratheb

The Group has a positive outlook for the remaining part of the reporting period of 2019.

Empowerment group, Brimstone Investment Corporation is the majority shareholder of the group which listed in June 2017.