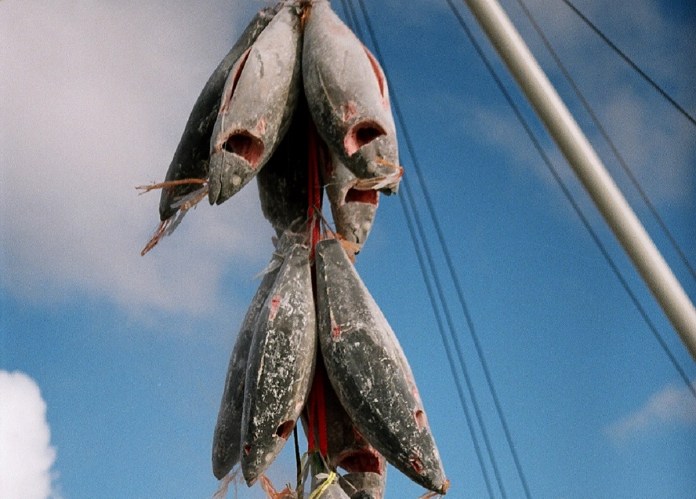 South Africa’s domestic tuna quotas remain largely underutilised. Moreover, large parts of the stocks of Southern Bluefin, Bigeye and Yellowfin tuna are fished by distant water fishing nations right outside South Africa’s EEZ. The newly established Global Tuna Alliance is a coalition of companies from across global tuna supply chains aiming to put a stop to illegally caught tuna getting to key markets around the world.

The value of the fish right on South Africa’s ‘stoep’ (porch) is close to a billion rand and South Africa is well placed to net increased benefits from this resource to alleviate the pressure on its nearshore resources.

All members, including South Africa are obligated to attend and participate in all the meetings. Failure to attend the meetings severely disadvantages member States in negotiations, and allocation of fishing possibilities. Non-compliance can have severe consequences for the country and the fishing industry.

South Africa is comfortable that it has performed exemplary in terms of the vast majority of tuna Regional Fisheries Management Organisations’ (RFMOs) requirements. This is something that is well known and widely acknowledged among Member States in all RFMOs.

At a press conference in Johannesburg in April this year, the (former) South African minister for Fisheries, told the media that in the world of tuna management, South Africa has quickly emerged as a leading light and a role model looked up to by many developing nations that are participating in these RFMOs.

“The small team of four that constitutes South Africa’s delegation at RFMO meetings is dwarfed by the large delegations of first world fishing nations like the USA, European Union or Japan.

“Yet South Africa has not only improved and achieved a clean slate in terms of their compliance with adopted conservation management measures and reporting requirements, but also makes a significant contribution to the scientific investigations and management of tuna and other large pelagic species,” he said.

“No less than 20 papers and presentations were prepared and delivered by South African fisheries scientists this year. This was an unprecedented contribution which was specifically acknowledged during the meeting of the Standing Committee on Research and Statistics (SCRS) of ICCAT and later at the ICCAT Annual Commission meetings,” he said.

One of South Africa’s successes has been the stock assessment tool developed by fisheries scientist, Dr Henning Winker.

Called ‘Just Another Bayesian Biomass Assessment’, (JABBA), the tool was originally developed for assessments of the South African line fishery. JABBA is more flexible and has since been included in the assessment toolbox of ICCAT since 2017.

South Africa’s– success in improving its own allocation was possible with concurrent recovery of the stocks. During highly tactical and shrewd negotiations, South Africa’s allocation of Southern Bluefin tuna, one of the world’s most valuable marine fish species increased from from 150 t to 450 t until 2020.

At the 2017 ICCAT’s 25th Regular meeting of the Commission, South Africa retained its revised allocations for Albacore (5500 t and possibility of additional transfer) and for Southern Atlantic swordfish (1001 t).

South Africa together with the G-16 of like-minded coastal developing states of the Indian Ocean has also been instrumental in developing a system of allocation for IOTC species.

This will ensure a fair, equitable, and transparent system of allocation of fishing opportunities is developed, while taking into account the sovereign rights of IOTC coastal States, in accordance with the United Nations Convention on the Law of the Sea.

From being a mere spectator a few years ago, South Africa is now well respected as member of the tuna RFMOs. The country is well placed to hold to account the more dominant first world, distant water fleets in terms of their often detrimental and un-sustainable fishing practices with regard to by-catch and fishing around artificial Fish Aggregating Devices (FADs).

South Africa is gaining influence and starts to increase pressure on countries that fish unsustainably.

Meanwhile a coalition of companies from across global tuna supply chains is aiming to put a stop to illegally caught tuna getting to market.

The newly established Global Tuna Alliance builds on the Tuna 2020 Traceability Declaration signed by 66 companies – traders and/or harvesters, major retailers and seafood processors – in key markets around the world.

The entities endorsing the Tuna 2020 Traceability Declaration have announced concrete actions and partnerships to demonstrate their commitment.

The Tuna 2020 Traceability Declaration is a non-legally binding declaration that grew out of a dialogue among governments, companies and civil society, spurred by The Ocean Conference in June 2017 at the United Nations Headquarters.

All companies in the Global Tuna Alliance are expected to source tuna from fisheries certified by the Global Seafood Sustainability Initiative’s recognised sustainability standards or comprehensive Fishery Improvement Projects.

They are also called to engage with regional fisheries management organizations to push countries to endorse ambitious policies underpinning sustainability and respect for universal human rights. Such as the Port State Measures Agreement which will block vessels seeking entry to a port different from their flag state.

The initiative is convened by Friends of Ocean Action, a public-private partnership led by the World Economic Forum and World Resources Institute involving a group of more than 50 global leaders across a range of sectors who are fast-tracking solutions to the most pressing challenges facing the oceans.

“We need the ocean as much as the ocean needs us. Groups like the Global Tuna Alliance offer an exciting opportunity for collaboration across public, private and civil society sector partners to bring about positive change. Thus making important common property resources like tuna fisheries more sustainable, socially responsible, productive and profitable.

“Everybody wins,” said Dominic Waughray, Managing Director and Head of the Centre for Global Public Goods at the World Economic Forum, the International Organization for Public-Private Cooperation to improve the state of the world.

The Global Tuna Alliance will focus on ensuring effective traceability, including tracking tuna products from vessel to final buyer. This underpins sustainability efforts as it creates transparency and accountability within the supply chain.

Companies must track key data elements throughout their supply chains and adopt specific policies for import controls to ensure greater clarity in tracing fish from the moment they are taken from the ocean. This includes stringent policies to expose and eliminate any forced labour and human rights abuses throughout tuna supply chains.

Transformative government partnerships are also a focus for the group – working through regional fisheries management organizations to secure science-centred management plans. They will also work with coastal nations and key port and flag states to push through the new Port State Measures Agreement.