Food parcels to be distributed to small-scale, interim relief fishers 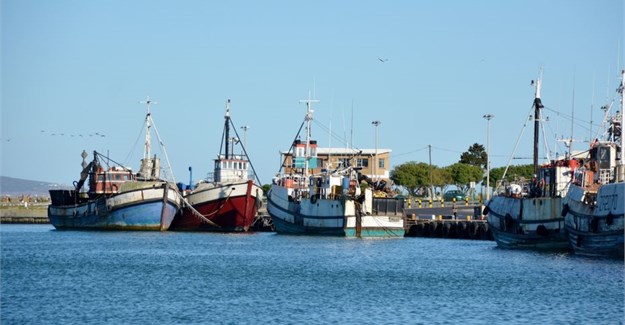 Distressed small-scale and interim relief fishers across the country will receive some reprieve as the Environment, Forestry and Fisheries Department in partnership with FishSA, and major fishing corporations and the SA Fishing Development fund are set to distribute 10, 000 food parcels 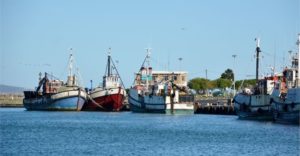 To date 1,500 parcels have been distributed to assist fishers in the Overberg Region, and Southern Cape from Witsand in the west, to Bitou in the east.

From 4 May, registered small-scale fishers in Cape Town Metro, West Coast, and Northern Cape will benefit. The Eastern Cape and KwaZulu-Natal’s turn will be during the week of 11 May.

Environment, Forestry and Fisheries Minister Barbara Creecy welcomed the initiative of those who have responded to calls to assist all small scale fishers in the country with distress relief.

“The generosity of Fish SA, the SA Fishing Development Fund as well as several large scale commercial fishing companies has made this possible and I want to thank them for taking the initiative to help thousands of families in distress,” said Minister Creecy.

Small-scale fishing communities in the Western Cape were initially hard hit in January and February this year during the COVID-19 pandemic in China when restaurants closed and fishers were unable to sell abalone and West Coast Rock Lobster to their traditional marketers. Consequently, some sections of the fishing industry have felt the impact of the Coronavirus longer than other sectors of the economy.

When the national lockdown was declared in South Africa on 26 March, fishing was declared an essential service. However, the closure of domestic restaurants hit small scale fishers hard and many struggle to find a market for their catch.

“An initiative of this nature is a true reflection of the spirit of Ubuntu from our sector. We join with government in its endeavours to flatten the infection curve, and to lend a helping hand to those hard hit by the virus. We call on all economic sectors to do likewise. Together, united as a nation we can get past these tough times,” said Fish SA Chairperson Loyiso Pantshwa.

Throughout the lockdown, the Department of Environment Forestry and Fisheries has implemented various measures to support the fishing industry:

• Permits were extended for a three-month period;

• The West Coast Rock Lobster and the Abalone fishing seasons have been extended to July;

• A range of initiatives are underway to try to resume export to China under the Level 4 Regulations;

• Small-scale fishers, Interim Relief and the Traditional Linefish sector were exempted from the lockdown and travel restrictions, thereby enabling them to catch Snoek during the Snoek run; and

• Langanas were included in the definition of informal traders in order to facilitate a marketing mechanism for Snoek, amongst others.

Further interventions taken by the department is to engage with the Tourism Department, which has identified accommodation establishments on the West Coast and were approved by the department to operate for the purpose of accommodating small-scale fishers travelling from distant areas and catching Snoek which is migrating along the coast.

Licenced fish processing establishments were also engaged and encouraged to buy fish directly from the small-scale and traditional line-fishers.

The Minister and the department are engaging with other private and public institutions to continue with this support through the Solidarity Fund and will also to add the names and contact details of the Small-scale and Interim Relief Fishers to the government’s database for distress relief.