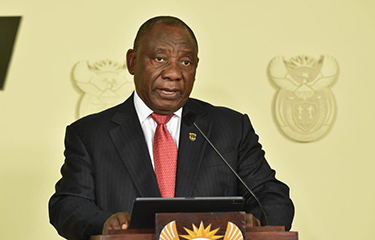 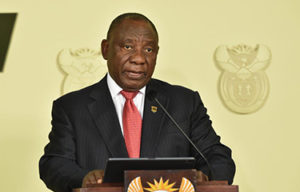 The raging COVID-19 crisis in South Africa continues to worsen the lives of small-scale fishers as the government tightens measures, initially announced in late March, that led to the closure of key consuming markets for fish and fish products.

With nowhere to sell their catch, small-scale fishers face deepening poverty and worsening food shortages, even as the government insisted on compliance with its lockdown rules to curb the further spread of COVID-19 that by 1 May had infected 5,951 people and killed another 116.

However, the Department of Environment, Forestry and Fisheries – in partnership with Fish SA, the South Africa Fishing Development Fund, and large-scale commercial fishing companies – have launched a province by provincial food relief scheme to benefit licensed small-scale fishers. At the same time, the country’s fisheries sector is hoping to get help from the ZAR 500 billion (USD 26.6 billion EUR 24.6 billion) rescue package recently announced by the South African government.

The small-scale fishers food relief program involves the distribution of at least 10,000 food parcels to those identified to be in dire distress by the Fisheries Department and stakeholders in the seafood industry.

Although the 26 March national lockdown listed fishing as an essential service, the sector has in recent weeks been hard hit by the COVID-19 crisis, as its main export market, China, has drastically reduced its buying of seafood products. Additionally, a domestic shutdown of South Africa’s seafood eateries has further reduced demand for local seafood.

According to the Department of Fisheries “some sections of the fishing industry have felt the impact of the coronavirus longer than other sectors of the economy.”

In late April, President Cyril Ramaphosa committed to allocate a portion of the ZAR 500 billion (USD 26.6 billion EUR 24.6 billion) aid package to “the relief of hunger and social distress in our communities across the country.”

“While we have put in place measures to protect the wages of workers in the formal economy and have extended support to small-, medium- and micro-sized businesses, millions of South Africans in the informal economy and those without employment are struggling to survive,” he said in a speech on the subject.

Earlier, the Department of Fisheries had announced the extension for the current fishing permits for an additional three months and launched an initiative that would see the resumption of exports to China under the South Africa’s level-four restrictions, which allows some economic activities to resume.

Photo courtesy of the government of South Africa